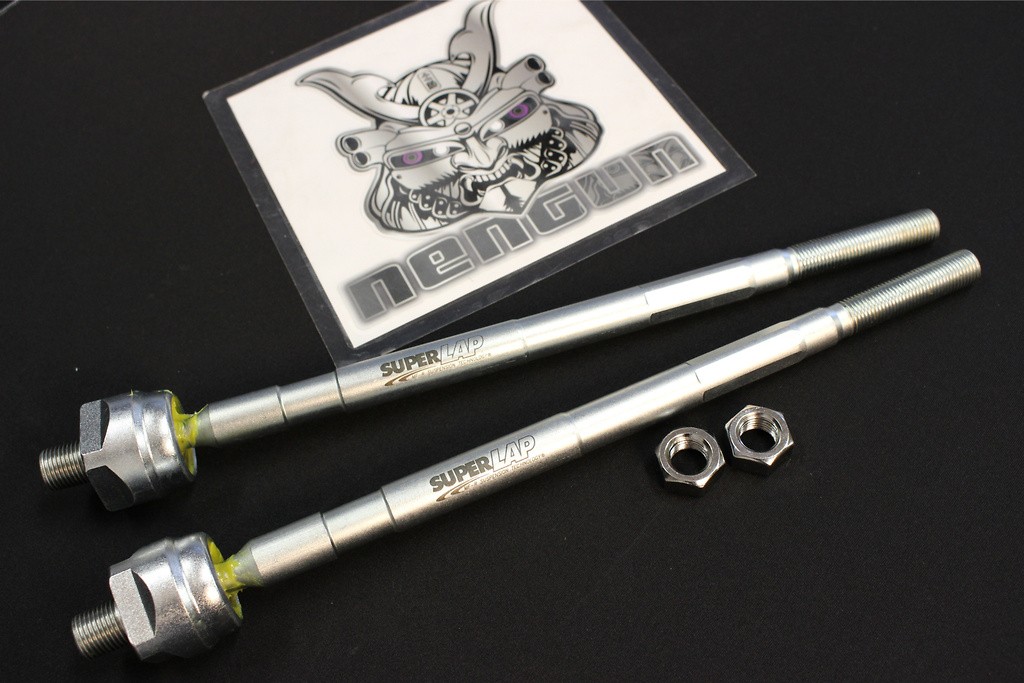 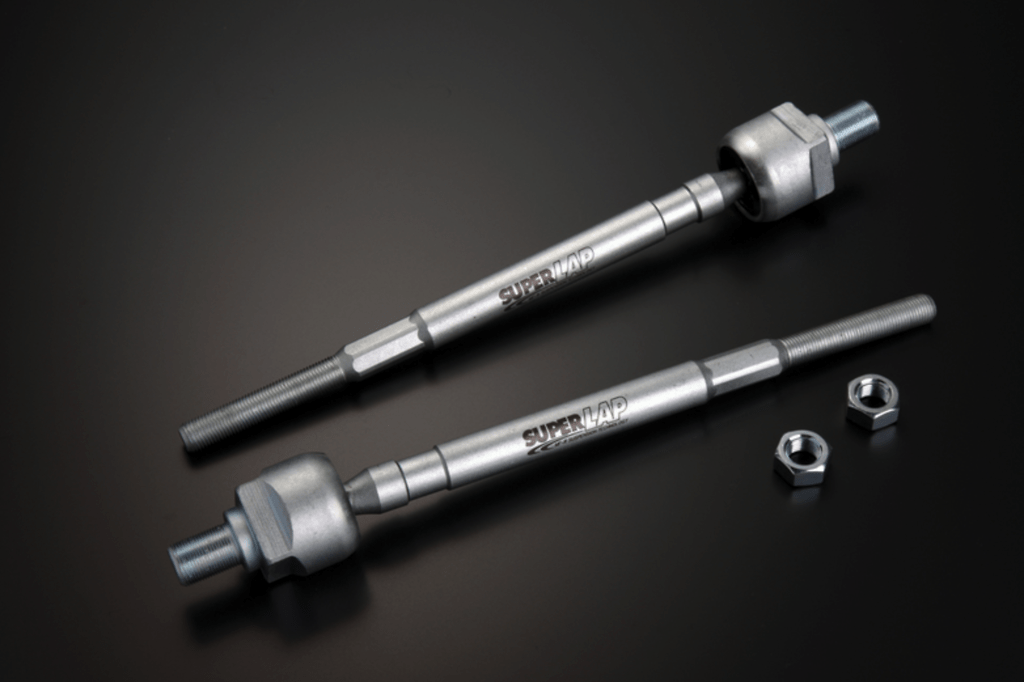 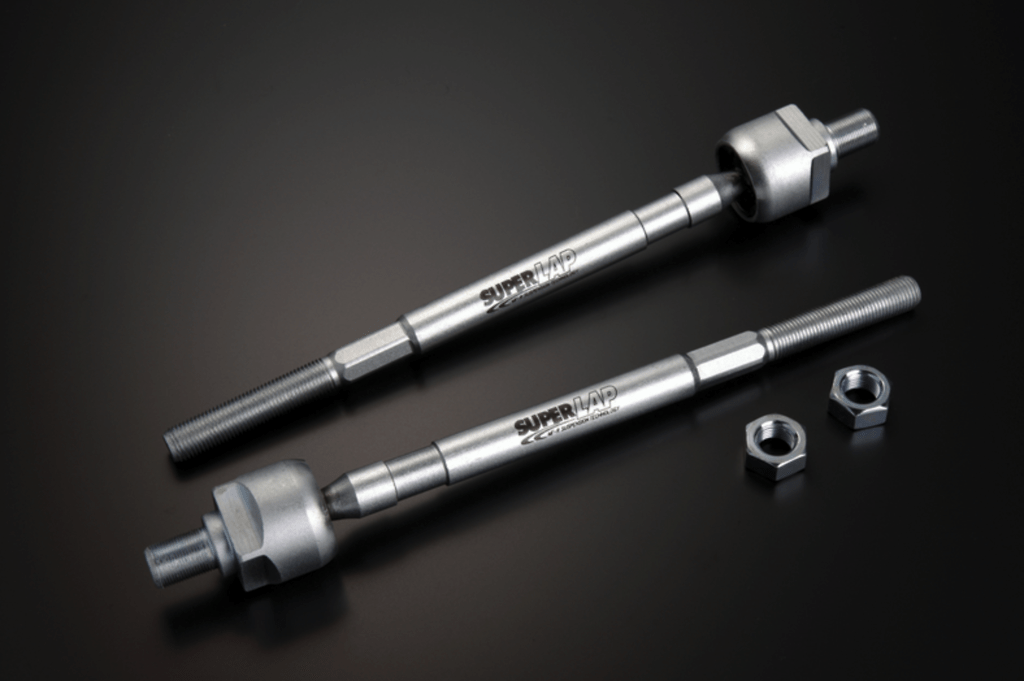 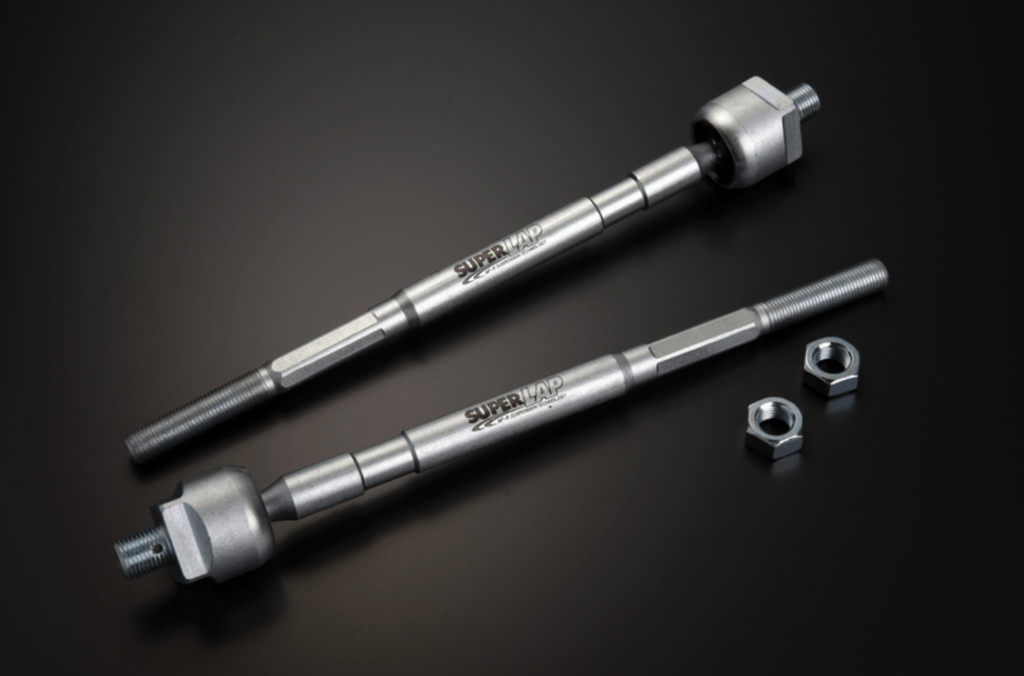 The geometry which goes wrong because of vehicle height down is corrected by offset of ball joint of tierod end. Advanced tuning which was cultivated with formula or GT car was redesigned, and it is commercialized as the parts of safety regulations conformity. The steer angle change (bump steer) which occurs at cornering is controled by just exchange of tierod end without troublesome setting, and linear and sharp cornering performance is realized. Action stability also improves a lot at braking, and it makes an ultimate limit battle possible. There are also super hard tierods which has outstanding shear strength, curve strength and endurance, increasing the tierod diameter. It supports hard running like curb cut, and prevents the troubles such as bending and breaking.

This part usually ships 28 days after payment, contact us for details.