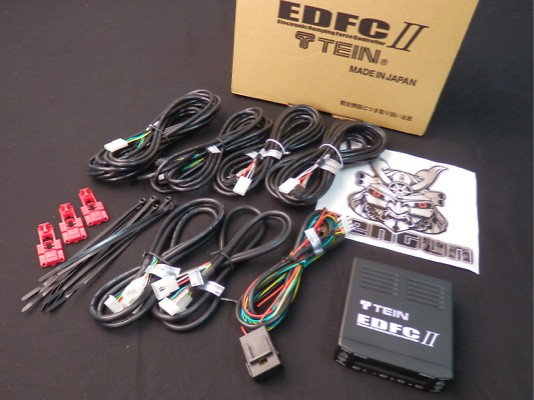 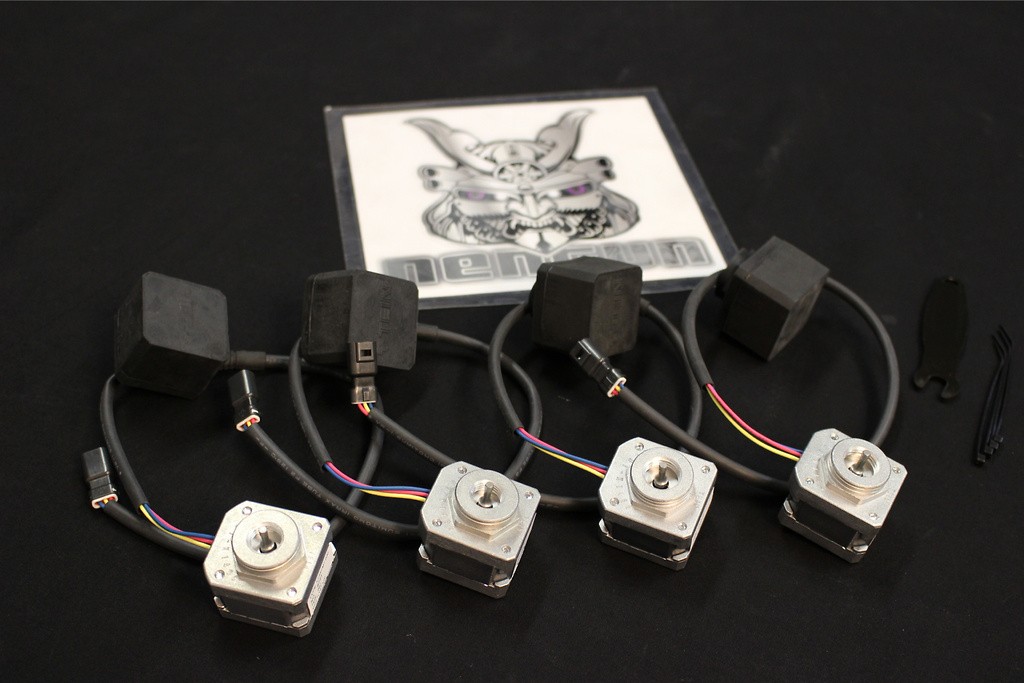 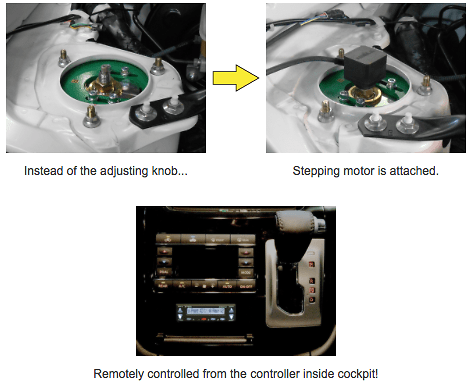 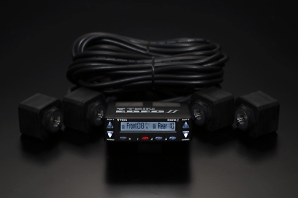 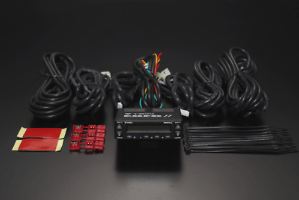 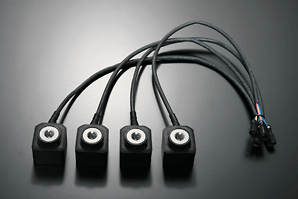 The original TEIN EDFC, which has been popular for the past decade, is reborn as "TEIN EDFC II" with a new appearance using white LED and at a new affordable price.

"EDFC II" brings the convenience of in-car damping force adjustment system to the hands of more people than ever.

Easily Controlled from the Inside!

To control the damping force, the driver usually needs to get out of the car, raise the hood and/or take off rear interior parts such as the speaker board or rear seat. With EDFC II, all the driver has to do is simply push the buttons on the controller to adjust damping force without even setting a foot outside the vehicle.
Easy-to-Recall Memory Contents!
With just a touch of a button, damping force is adjusted to the preset setting instantly. Up to 3 presets are available to store the preferred settings.
Simple Operation at Your Fingertip!
It is so easy to operate. All the basic operations can be done with just a single touch of either damping force adjustment buttons for front and rear (+/-) or 3 preset buttons.
Affordable Price!
Despite the use of high-performance & high-precision stepping motors, EDFC II is very attractively priced.

High-Performance Stepping Motor for Damping Force Control
High-performance stepping motor is attached to the shock absorber, in place of the damping force adjustment knob. Damping force is adjusted by controlling the motor remotely from the controller unit installed inside the vehicle.

Convenient Presets
Up to 3 damping force settings can be stored into a memory. With this feature, preferred setting can be recalled instantly with only a touch of a button, according to various driving conditions; from streets, highways to winding roads.

Resume Feature
The system remembers the damping force setting when the ignition key is turned off and automatically returns to the same setting when the key is turned back on. (Main power switch for the controller unit should stay on, for this function to work.)
Volume Adjustment
Volume of button sound can be set to level 0 (mute) and between level 1 (low) & 3 (high).
Display Dimmer Function
Brightness of the display is dimmed automatically at night in conjunction with the illumination power supply. Brightness at dimmed state can be set to 3 levels.
Self-Diagnosis & Alert
When the system detects any abnormality (wire breakage, short circuit etc), an alarm sound is emitted, all 3 memory buttons flash in red and an error message is displayed on the screen.
Lock Function
Operation of all buttons can be locked to prevent operation mistakes.

*This product does not adjust vehicle ride height.